Germany’s upcoming Chairmanship of the EU: A Tricky Swan Song for Mrs Merkel 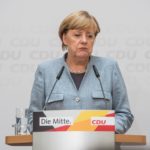 EU Seventy-five years ago, in July 1945, the leaders of the four allied powers in World War II convened at Potsdam near a devastated Berlin, in order to settle the future of the just defeated Third Reich. Today, in 2020, a long-since resurrected, democratic, peace-bringing and reunited Germany prepares to take over a 6-month chairmanship of the EU’s Council of Ministers.

Germany’s rise is of course of miraculous dimensions. Yet as far as EU-chairmanships go, the upcoming one is fraught with many pitfalls and obstacles. The corona epidemic may be under some control in many EU member states, but it may reignite at any time. The post-epidemic costs will be astronomical, starting with the huge joint Recovery Fund foreseen to be set in motion once the epidemic starts to abate.

Another hurdle will be the adoption of the EU’s Multi-annual Financial Framework (MFF) for the period 2021-2027, to which should be added an additional 2600 billion euros or so, that the European Commission wants for its proposed Green Deal, meant to make the entire EU area ‘climate neutral’ by the year 2050.

Here we have, on the one side, the less well-to-do EU member states, particularly in southern and central Europe. They are traditionally – and now understandably given the Corona-epidemic – seeking greater EU-funding.

On the other side are the wealthier, so-called “frugal four” of Denmark, Sweden, The Netherlands and Austria, who fear they will soon, together with Germany, have to pay for up to three-fourths of the EU budget. The budget, they also request, must never go beyond the present 1% of total EU-BNP. Meanwhile, the EU-Commission and some of the other countries want the limit to be raised to 2%.

“The frugal four” believe they cannot contribute more funding – especially not money just given out without any repayment foreseen, such as via so-called “Eurobonds”. Extremely long-term and low-interest loans, they say, might on the other hand be a possibility, but here the recipient countries balk in their turn. Only Germany has left the door a bit ajar, in deference to its soon being in the EU-Chair – with the additional thought that it may then be able to persuade some of the “frugal four’”  such as Sweden, to be more easy on the wallet.

German Chancellor Angela Merkel and French President Emmanuel Macron recently gave a press conference where they suggested a recovery fund worth 500 billion euros, principally directed toward the countries most affected by the virus. The “frugal four” lost no time in criticising the proposal, both for its size and for its non-repayable  character.

The subject of donations as opposed to repayable loans is a particularly touchy subject in Germany, whose Federal Constitutional Court recently issued a verdict stating that the European Central Bank (ECB) had overstepped its mandate in routinely buying up bonds and company shares in various eurozone countries to the tune of 20 billion euros a month, without explaining why such major outlays would be vital for the euro-zone’s well-being.

The Constitutional Court went on to also criticize the German government and parliament for having in silence permitted the ECB to act in violation of the country’s constitution, which prohibits the use of German tax money to support the finances of other countries. The verdict of the constitutional court will seriously impede the efforts of the ECB to supply the eurozone economy with enough liquidity to forestall deflation. The situation of Italy is of particular concern.

As if all this were not enough, the EU Commission now levels equally harsh criticism back at the German Constitutional Court, arguing that its judgment runs afoul of an earlier verdict of the EU Court of Justice in which it had approved of the ECB’s action. The Commission now threatens to take Germany to the European Court of Justice on the charge that it has violated EU legislation! There is therefore a risk of full confrontation between Germany and the EU over the latter’s prerogatives over those of Germany, soon in the Chair of that same institution!

The search for a common migration policy is a also at a seeming standstill – closely related as it is to the issue of greater or lesser EU federalism. Certain countries – among them Poland, Hungary, Slovakia and the Czech Republic – are strictly against a quota system dictated by the EU, while other countries hide behind these stalwarts, knowing full well that no sufficient majority in favour of an extensive quota system is in sight in the EU’s deciding organs.

Furthermore, the quest for more “federalism” within the EU area – a cause pursued especially by France – is meeting with greater resistance than before, not least in Germany, whose own federalism paradoxically enough protects any loss of sovereignty on the part of its component “Länder” vis-à-vis the EU.

Germany is aware of the high expectations placed by the rest of the EU in its imminent Chairmanship, in particular when it comes to the financial aspects involved in the fight against the corona epidemic. Still Germany also knows that, as much in demand that a German role may be when problems pile up, just as quickly may other EU countries start to complain over what they perceive as a German endeavour for hegemony in Europe, on top of the earlier, more traditional criticism of perceived EU dominance.

The efficacy of measures is therefore one thing, their perceived democratic legitimacy may be another. Mrs Merkel’s balancing act between competing interests over the next six months thus promises to be a risky high-wire performance. And her swan song before she is expected to leave the political scene next year an especially complicated aria.