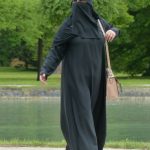 ISLAM Reports abound in several of the 57 member countries of the Organisation for Security and Cooperation in Europe (OSCE) regarding alleged Islamist discrimination against other religious movements – arguing that this is largely due to the rapidly rising number of new Wahhabist schools and mosques sponsored by Saudi Arabia in particular. Notwithstanding the fact that many of the countries affected have enshrined freedom of religion in their constitutions, more and more citizens worry about manifesting a different religious conviction. Christian minorities appear to be the most exposed group.

Against this background I proposed, in my capacity as a member of the OSCE Parliamentary Assembly, that th organisation should draw attention to, condemn and take action against discrimination targeted at Christian and other religious minorities. I was happy to note that the Resolution presented was adopted and integrated into the Final Document arising from the OSCE Parliamentary Assembly’s 2019 Summer Session held in Luxembourg. This shows that more and more people are taking the issue seriously. The spread of extreme Wahhabism ought to worry us all.

Muhammad ibn Abd al Wahhab was an 18th-century Sunni preacher who advocated an utterly uncompromising, strict and fundamentalist Sunni variety of Islam. He soon teamed up with the rising tribal leader Muhammed ibn Saud, whose successors would eventually found and rule over Saudi Arabia. Wahhabism does not tolerate any reinterpretation of the Koran. Homosexuality is banned. Whoever seeks to leave Islam risks capital punishment. The whole judicial system is based on Sharia law as inspired by Wahhabism.

Wahhabism soon became Saudi Arabia’s state religion. Jointly with rapidly increasing oil revenues from the 1950s onwards, it gradually came to influence the country’s domestic and foreign policies, even though Saudi Arabia also has an important, though oppressed, Shiite Moslem minority, whose faith in many respects differs from the Sunni variety.

Favouring Saudi Arabian foreign aspirations was the fact that the two most venerated Moslem sites – Mecca and Medina – were also located on its soil, where in addition Muhammad had lived and preached. Whatever doctrine was prevalent in Saudi Arabia and which claimed to base itself on the first generation of Moslems – that is, Wahhabism – could therefore also argue that it alone was the correct faith, including when compared to other religions such as Christianity and Judaism.

Saudi Arabian efforts to spread Wahhabism across the Middle East began in earnest in the 1960s as part of rediscovered pan-Arabism, but they were largely frustrated by the increased focus in many neighbouring countries – such as Egypt under Nasser – on secular nationalism and Soviet-inspired socialism. The 1979 Iranian revolution under Ayatollah Khomeini added further competition, and Shiite Iran from this time on became Saudi Arabia’s main geo-political and ‘geo-religious’ rival for dominance over Muslims in the Middle East and the world.

It is against this background that one must view the multimillion investment by Saudi Arabia and other Sunni-dominated countries to propagate Wahhabism and its near relation Salafism internationally: in Central Asia (e.g. Pakistan, Bangladesh, Afghanistan and some former Soviet republics); in South-East Asia (e.g. Indonesia and The Philippines), as well as in Central Africa, Europe and North America. Often the doctrinal message forms part and parcel of more general development projects or the establishment of religious schools or mosques (including the appointment of teachers and imams). Or it is brought back by millions of guest workers to their countries of origin.

It is probably too early to predict the longer-term degree of success of Wahhabism-exporting countries in making more women wear the burka, or in making the Koran an even more dominating factor in the societies concerned. In countries that during centuries have been practising a more ‘moderate Islam’ – sometimes with Sufist or pre-Islamic influences (also referred to as ‘religious centrism’) – resistance against extreme Islam has grown in intensity, assisted by a new feeling of national identity and respect for local religious personalities and traditions. Since Saudi Arabia’s foreign policy in almost identical measure is determined by perceived international duties vis-à-vis the world (the so-called fard), geo-political ambitions (including through oil) and domestic political stability (comprising that of the Saudi monarchy), the country’s priorities may change over time.

In Western European liberal democracies, and especially in my own country Sweden, the situation is more preoccupying. Sweden has, over the last century, gone from being a highly Christian to being a highly secular country, albeit with a rapidly rising Moslem immigrant population in recent years.

Radical Islam is therefore able to spread in a kind of ‘religious vacuum’, both among Swedish-born people and immigrants, many of them Moslems of different denominations. Where there are mosques many Moslems will turn for religious services. It is therefore not surprising that Saudi Arabia today is reported to finance more than one quarter of all mosques in Sweden. Thus, the major mosque of Ramberget near Gothenburg in western Sweden has been entirely paid for by Saudi funds. (Norway is in this context one of the few European countries that in practice do not permit the construction of mosques financed from abroad.

In conclusion, there is a major risk of further radicalisation taking place within Islam as practised in Sweden and many other countries today, including via jihadist returnees from the Middle East. Sweden neither can nor wants to limit religious freedom within its borders, but we must be vigilant in intervening to stop ‘hate speech’ and limitations of personal liberties wherever they arise, including within the practice of Islam and particularly in its Wahhabist/Salafist variety. I myself will continue to work in favour of having the OSCE pursue its efforts in the same vein, regardless of the religion concerned.

BJÖRN SÖDER (The Sweden Democrats, SD)
Member of Parliament
Member of the Swedish delegation to the OSCE Parliamentary Assembly