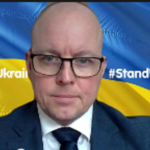 Statement by Mr Björn Söder in the 1st Committee of the 21st Winter Meeting of the OSCE Parliamentary Assembly in Vienna 24 February 2022.

We are living in a time where there is a great risk that diplomacy and the founding acts of this assembly may be side-lined. The developments in Ukraine and the security crises in Europe has led to the questioning of the very foundations of the OSCE. I would like to take the opportunity to recall these foundations and the importance of them in shaping a common future in Europe.

More than 40 years ago delegates assembled in Europe to create rules and guidelines for securing the peace on our continent. By the time of the 1970s there had been many serious crises. However, after the signing of the Helsinki Final Act there was a framework for solving these crises and it proved to be a success. Although, of course, more security challenges were to come we had a fundament to build trust and cooperation on our continent.

After the end of the cold war the cooperation and the hopes for a secure future were brighter then at any time since the second world war.

However, today and since the 2010s we have seen an ever-deteriorating security situation that now has turned into an immediate crisis and full-scale war on the European continent.

Today the Helsinki Final Act is violated and the European security order has been attacked by Russia and Putin.

We must all condemn these actions and make our strongest efforts to support Ukraine. The world must now respond in a united and decisive way.

What Ukraine needs to withstand aggression must be our highest priority. With this actions Putin has taken a path which will lead to an abyss, also for the Russian people who will suffer.

For our organisation it’s important to even in this situation see to the future and keep diplomacy working. That’s why it’s so important that this assembly continue to meet and discuss items of common interest. The only way back from an escalatory situation is a way that involves diplomacy. And diplomacy in many ways, both between diplomats, governments and elected parliamentarians.

Therefore, in this time of crisis I would like to call on you all, to take note of the historic success of this organization and other means of cooperation in Europe and look for diplomatic solutions. I am sure it can be handled if all participating states of the OSCE have a good will and continue to give diplomacy a chance.

Thank you for your attention! 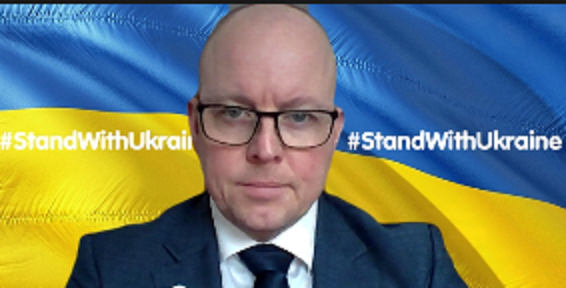