The EU’s Planned Green Deal – A Monster In the Making 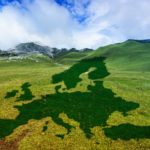 EU There were probably many of us who believed that the European Union, following Brexit, would tighten its belt, in consideration of the annual shortfall of some 10 billion euros following British withdrawal. Alas, that illusion proved short-lived.

Then there were others who had hoped we would now have a reformed EU, with more democracy and less centralism, lest other EU members decide to follow the British example. Instead, however, the European Commission under its new President Ursula von der Leyen is launching a gigantic project called the Green Deal, which if enacted will dramatically increase the power of the EU over its member states.

Astronomical sums
An interim target of the project will be to reduce fossil emissions by up to 50 percent by the year 2030, while simultaneously increasing renewable sources and energy efficiency by 25 percent each. The cost of this first stage is estimated  at the astronomical sum of € 1000 billion. The money is to come in part from the EU’s own budget, in part from the financial sector through so-called credit guarantees, including from the European Investment Bank.

According to the EU Commission, an additional € 1600 billion will be needed for other expenditure – to the annual tune of € 260 billion per year. The end goal is to reach a ‘climate neutral’ EU by the year 2050 at the latest. Possible losses are to be covered by the EU itself, that is, its taxpayers.

Does the world care?
The proposed Green Deal – with its multitude of new subsidies, market interventions and forced legislation – seems tailor-made for a massively expanded, gargantuan EU-bureaucracy that will be needed to scrutinise tenders, to mobilise and provide funding, etc. The EU’s past performance in these regards bears heeding – witness its Common Agricultural Policy and its regional and cohesion support programs. What EU members need today is less Brussels, not more.

Moreover, large parts of the world do not share the EU’s enthusiasm and resolve on the climate issue. Take coal consumption, which goes down in Europe but up in the US and Asia, with the consent of the governments concerned. In Asia there is the argument that they have to catch up with Europe wealth-wise before they can start thinking about the climate. In fact, the rest of the world do not seem to care very much about the EU’s frenetic and potentially ruinous, symbol-laden attempt to be top of the class. If anything, they may well count on gaining commercial advantages of their own, for instance in energy intensive production.

A risk of ‘neo-protectionism’
If the countries in question remain passive on the climate issue, the EU may well retaliate by introducing tariff or quota sanctions to compensate for ‘climate-negative’ foreign imports. It would be a complicated calculation, especially for composite products such as computers, where some parts are made or put together in the EU, and others in distant lands. There is therefore a clear risk that a major customs bureaucracy and neo-protectionism will arise anew in the EU, and that the sanctioned countries will respond in kind.

The private sector is ready and willing
A more fundamental objection against the Green Deal in its planned form and extent is why on earth the EU should engage in it at all, especially in the semi-socialist way now foreseen. Not that long-term climate change does not pose a real risk. It does, and as such it merits our full attention. The reason is rather that everything that the Green Deal is supposed to do can be done by using market forces, including emission trade and tax relief.

This is already happening on a large scale in the US, for instance in California, and this notwithstanding a climate-sceptical US president. At the same time a great many climate innovations are made daily, while major investments in renewable energy and improved energy efficiency enter into action. The private sector stands ready to contribute with initiatives of their own, wholly aware of the stakes.

Many question marks
Can anything be done to stop or at least considerably limit the Green Deal’s almost megalomaniac price tag, size and super-dirigiste orientation? What are the feelings in  EU governments and parliaments? How does the project rhyme with current undertakings at national level?  And how will governments act in the EU’s Council of Ministers?

The EU for its part is preparing for battle. Last December the EU Parliament declared a ‘climate and environmental emergency’, presumably to pave the way for the coming Green Deal. The plan was then promptly proposed by Mrs von der Leyen. It is to be headed by her socialist-oriented fellow Commissioner Frans Timmermans.

Today, we honour those fighting for freedom and democracy. We share their aspiration. We #StandWithKongKong.

Björn Söder2022/07/01 @ 14:37
These are the indicative estimates of Russia’s combat losses as of July 1, according to the Armed Forces of Ukraine.